Jews… They’re everywhere. They’re into everything. At least that’s what it says on the official Ku Klux Klan website, as well as the Westboro Baptist Church’s. According to the these and various other sources, there are and have been Jewish communities of varying sizes conspiring in cities all over North America, and Montreal is no exception.

Ask just about anybody however – Goyim OR Jew – to tell you about Montreal’s Jewish community, and it’s more likely that you’ll hear rather innocuous references to Leonard Cohen, Mordecai Richler, William Shatner, bagels, denizens of the shmata business, elusive family physicians, and Hasidic landlords emerging from their doorways on Friday evenings to ask complete strangers for help with the lights.

And while those are all truly important aspects of Jewish Montreal, the community’s storied past goes back farther than your Bubby’s Bubby’s Bubby’s recipe for matzoh ball soup. 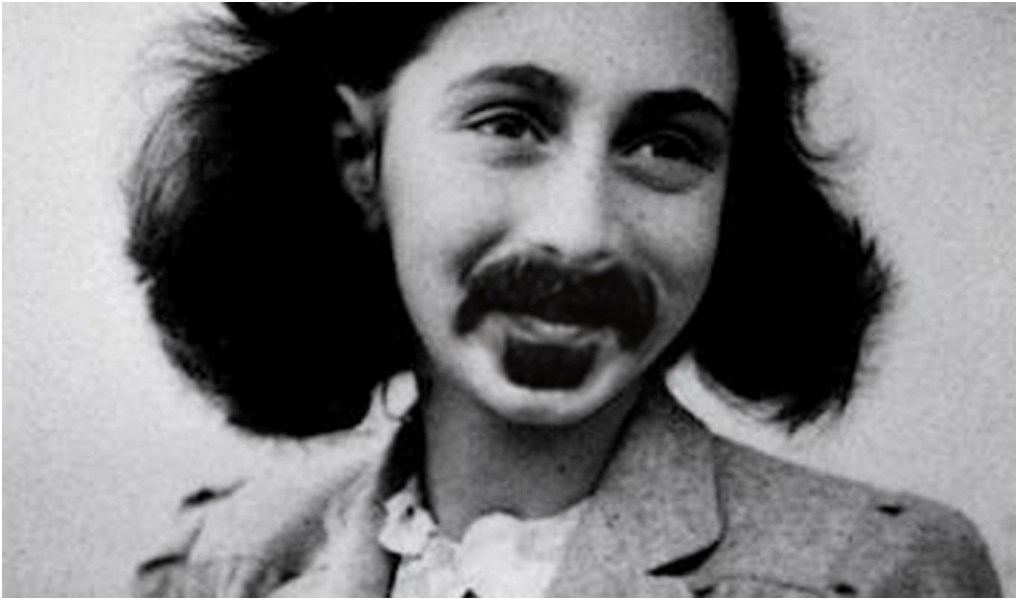 Arriving aboard a ship that set sail from France in 1738, Esther Brandeau was the first Jew to set foot in New France. She was brought over because of her reputation as a shrewd accountant with a talent for finding tax loopholes… just kidding. In actual fact the teenaged Brandeau was looking to start an exciting life as a sailor and fur trader. Since females at that time were deemed unfit for the ocean voyage and pioneer lifestyle, and because King Louis XIV had declared New France a “Catholics Only” territory, the adventure-seeking young Esther disguised herself as a musketeer.

Unfortunately, both her gender and religion were soon discovered. While her cross-dressing antics were overlooked, Esther was forced to either renounce her faith or be shipped back to France. She chose the latter.

After the British conquest of New France in 1760, small but ever increasing numbers of Jews, mostly soldiers in the British army, began settling in Montreal. Those arriving from Britain were of both Ashkenazi (Eastern European) and Sephardi (North African, Spanish Inquisition escapees) backgrounds, and by the mid-1760s, most of two hundred or so people that made up the local Jewish community were involved in the fur trade, establishing a presence in Montreal’s shmata business early on.

1768 saw the founding of The Spanish and Portuguese Synagogue, Canada’s first non-Christian house of worship. Jews would gather at this humble temple in Old Montreal to pray, celebrate, and discuss strategies for eventually controlling the world’s economy. By 1807, Ezekiel Hart became the first Jewish member of what was then called Lower Canada’s legislature, only to be ousted a year later, due in large part to French Catholic anti-Semitism. He did however help Montreal Jews to attain equal voting and land owning rights by the 1820s.

Word spread through the Hebrew grapevine that Canada was a relatively tolerant place to live in. With anti-Semitism increasing throughout Europe and the rising trend of pogroms (lynching Jews) in Russia at the end of the 19th century, thousands made the journey to Montreal. Contrary to stereotypes, nearly all of the new arrivals were dirt poor, their trips and initial set-ups funded by a handful of rich local sponsors.

By World War I Montreal had become home to the largest Jewish population in Canada. The community thrived as new schools, synagogues and businesses were established. Jews worked hard, hoarded their nickels, and started moving up from serving as sweatshop employees to being business owners, buying up a lot of hot properties in the process. Wealthy and prominent Jewish families such as the Bronfmans engaged in various philanthropic initiatives, as well as profitable bootlegging operations during the American prohibition era.

The end of World War II saw the arrival of another 20,000 European Jews, mostly Holocaust survivors, the majority of whom took up residence in Jewish-owned tenement apartments and duplexes in the Outremont and Plateau neighbourhoods. They continued to thrive, and by the 1950s the more secular and financially secure of the Chosen ones began moving to the borough of Cote St. Luc, creating an area which to this day remains mainly Jewish.

“The police arrested a graffiti artist who had tagged Moishes. Because he was destitute and couldn’t pay for the repairs, we made him an offer: we would drop the criminal charges if he actually created a meaningful work of art, based on our family history and on the history of the community that grew up around Moishes on St. Laurent.” Lenny Lighter, Owner – Moishes Steakhouse

In the early 1980s Quebec’s language laws began to favour French to a degree that made many Yids uncomfortable, driving them to leave for Toronto and other parts of Canada. Jewish culture nevertheless remains very much alive in Montreal today, although it’s not what it was in the 1950s to ’70s heyday. For the most part, Montreal’s current Jewish residents continue to live and work amongst their multicultural neighbours, while maintaining and supporting Jewish causes and social networks. With such firmly planted social, cultural, and economic roots, the ritually circumcised community of Montreal isn’t bound to disappear anytime soon. There’s just too much money to be made selling bagels.

Schwartz’s Deli (3895, Saint-Laurent Blvd.): Located in the city’s hip Plateau area, this Hebrew style deli has been serving up its’ world-famous smoked meat sandwiches for over 80 years. Expect long lines of hungry patrons at lunch and dinner hours. Although it’s referred to as “Hebrew-style”, the food is not actually kosher, so you won’t find too many black-hatted, curly-sideburned, long-bearded types eating there.

Wilenski’s Delicatessen (34, Fairmount Avenue West): The other world-famous Hebrew style, non-kosher deli serves up not only a wisecracking Jackie Mason kind of Jewish atmosphere, but an entirely unique type of delectable artery-clogging sandwich….thin, grilled, greasy slices of something akin to baloney, but not exactly, between a white bread bun. Several scenes from “The Apprenticeship of Duddy Kravitz” were filmed at this nearly century-old landmark.

The Heart from Auschwitz, a birthday card written by a group of female prisoners at the Auschwitz death camp, on display at the MHMC.

St. Viateur Bagels (263, Saint Viateur Street West): This bakery, located in the Mile End area, serves up an infinite variety of bagels 24/7… sesame seeds, poppy seeds, blueberries, sundried tomatoes… the best bagels on Earth. When New York Jews visit Montreal, they eat these bagels in silent shame. The bakery is actually located in the heart of Montreal’s Hassidic community, so if you feel like gawking at people who look like they stepped off a horse-drawn wagon in a 19th century Polish village, here’s your chance.

Bagg Street Shul (3919, Clark Street): The only remaining synagogue in the Plateau neighbourhood, this beautiful, red-bricked, marble stair-cased, Jew-filled building has stood as a monument to Montreal’s Jewish community since 1899.

The Synagogue, as it appeared in the late 19th century on Chenneville Street

Spanish and Portugese Synagogue (4894 St Kevin Ave.): Also located in the city’s Snowdon area, this Synagogue is Canada’s oldest non-Christian religious building. The building has been refurbished, and the home to Canada’s oldest religious Jewish congregation is beautifully designed with stained glass windows and massive menorahs.

Sir Mortimer B. Davis Hospital – aka Montreal Jewish General (3755 Chemin de la Côte-Sainte-Catherine): If you’re in Montreal and you get sick, let’s face it…you want to see a Jewish doctor. Well, there’s no better place than the Jewish General, a hospital that was founded by Jewish philanthropists as a teaching facility to bypass the quotas put on the number of Jewish medical students by the anti-Semitic university boards during the early 20th century… Imagine NOT wanting to facilitate the development of Jewish doctors?!

After years of intense grooming and training as part of a nimble-footed dance troupe whose sole purpose was to perform a perfectly choreographed routine to greet the messiah, Steve lost his faith and quit. The troupe became enraged by this abandonment, vowed violent revenge and Steve has been on the run ever since. He writes freelance articles to earn enough money to continue evading his would-be captors.

It doesn’t seem right to have this activity posted under “Family Fun”, but try saying “Promoting respect of diversity and human rights, fighting prejudice,…